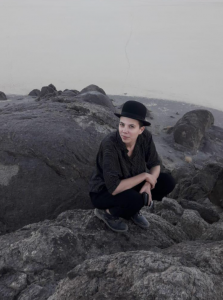 Emma Rault is a writer and a translator from German and Dutch. Her essays have appeared in Guernica, The Cut, the LA Review of Books, and on Sky News’ Morning Stories in the UK, among other outlets. She is the recipient of a 2019 Idyllwild Arts Fellowship for non-fiction.

Recent and forthcoming translations include Hanna Bervoets’ We Had to Remove This Post (Mariner/Picador, 2022), Edward van de Vendel’s The Days of Bluegrass Love (Levine Querido, 2022) Nina Polak’s The Dandy (Strangers Press, 2020) and Rudolph Herzog’s Ghosts of Berlin (Melville House, 2019). Shorter work has appeared in Literary Hub, Asymptote, no man’s land, ANMLY, New Books in German and elsewhere. She has received translation grants from the Dutch Literature Foundation and was one of the translators-in-residence at the 2019 Crossing Border Festival in The Hague. In 2017, she was awarded the GINT Translation Prize for translation from German into English.

Some of her previous homes have included the Netherlands, Germany, Hungary, the upstairs of a bird-of-prey hospital in rural Cambridgeshire and a houseboat on the London canals. She currently lives in Los Angeles.